Kuching city, is located in the west region of Sarawak state. Kuching Port has four terminals: Pending Terminal, approximately 17nm from the sea with the Biawak Oil Jetties. To the North of it, Senari Terminal, situated approximately 8nm from the sea, Senjinkat Terminal and Tanah Puteh Terminal. The port has facilities for tankers, Ro-Ro, general cargo and container vessels.

Sarawak is one of two Malaysian states on the island of Borneo, is situated on the northwest of the island, bordering the Malaysian state of Sabah to the northeast, Indonesia to the south, and surrounding Brunei. It is the largest Malaysian state. Sarawak has surplus of natural resource extraction and exports, including oil and gas, timber and palm oil. These commodities produce a significant proportion of Malaysia’s gross domestic product.

Sarawak specialises in the export of oil and gas, timber and oil palms, and also possesses strong manufacturing, energy and tourism sectors. Sarawak is strategically located geographically.To the east of Borneo, there is heavy flow of shipping traffic, known as the Lombok-Makkasar Straits. This is the shipping route linking North East Asia (China, Japan, Korea), to East Asean and Australia and New Zealand. This strategic Lombok-Makassar shipping route is the second busiest after the Malacca Straits.

Sarawak will also benefit economically from the inevitable expansion of the Borneo economy with the development of new Indonesian capital, Nusantara, which will be also situated in Borneo island in 2024.

It is also projected that Borneo’s population will grow to 20 million in 15 years’ time. All sorts of construction materials and services will be needed. Food, consumer goods and services are in great demand, thus promising a great potential of growth for it’s logistic industry.

MOL Logistics (Malaysia) is strengthening its business structure to offer logistics services such as import/export customs, SOC, cargo loading operations, and cross border-transport, as well as trucking, for customers who are operating not only in the Sarawak state, but also the surrounding areas of Sabah, Brunei and entire Borneo Island.

MOL Logistics (Malaysia) was established in July 1994. Its headquarters is in Shah Alam city, Selangor and has 4 offices in Peninsular Malaysia: Bayan Lepas – Penang, KLIA – Selangor, Johor Bahru – Johor and a warehouse in Pasir Gudang – Johor. The opening of the Kuching branch increases the total offices to 6 in Malaysia. 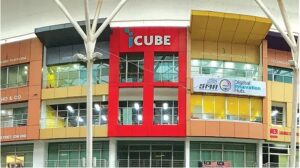 The building where the MOL Logistics (Malaysia) Sdn Bhd, Kuching Office is located 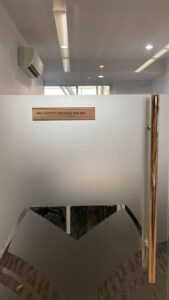